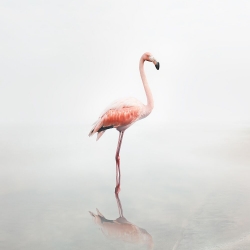 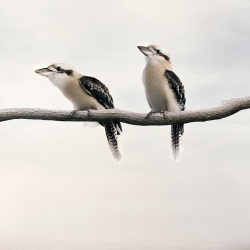 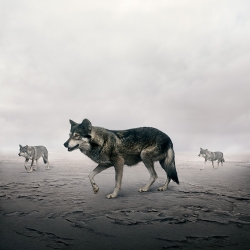 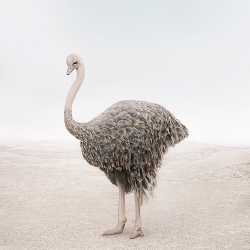 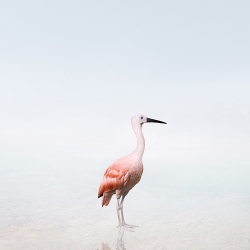 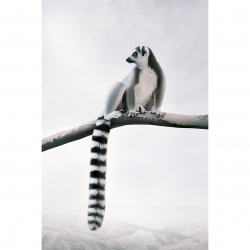 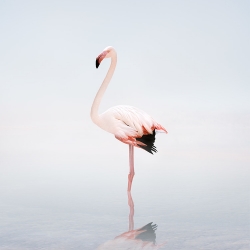 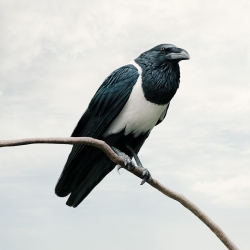 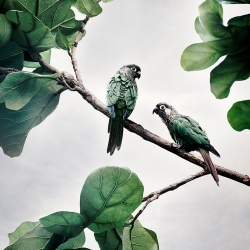 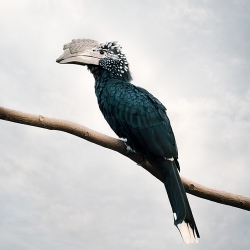 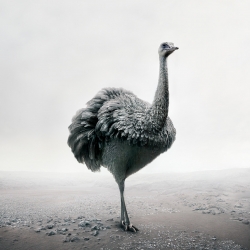 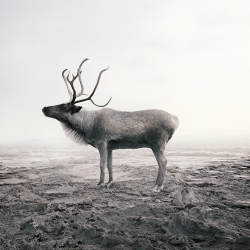 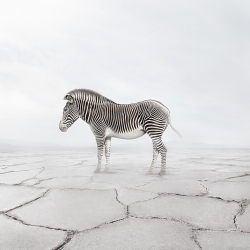 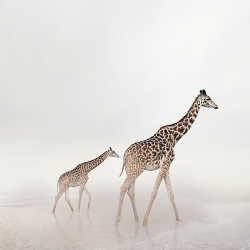 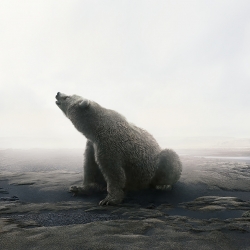 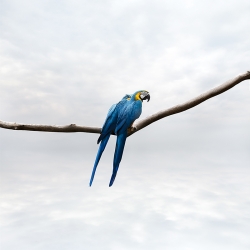 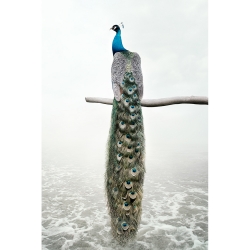 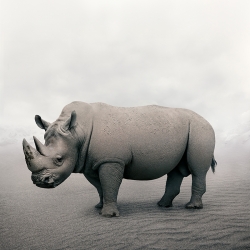 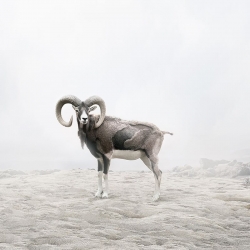 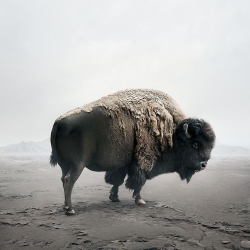 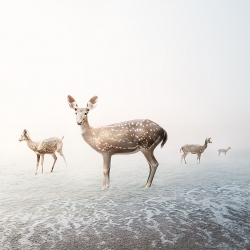 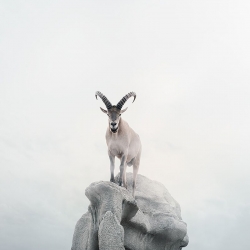 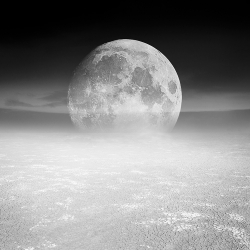 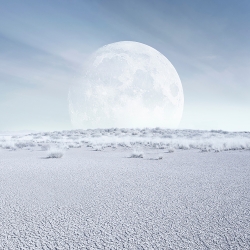 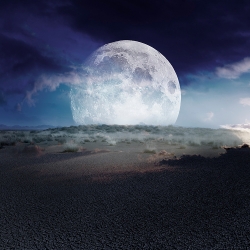 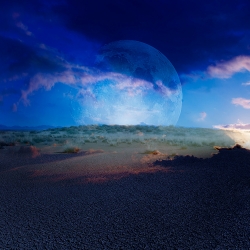 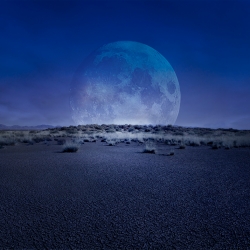 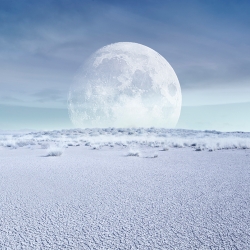 In the "Meditations" series, Alice Zilberberg creates animal montages as an expression of self-therapy, drawing attention to mindfulness and nature conservation. As an urbanite, functioning day-to-day in a fast-paced, built environment can be emotionally unsettling. The artist regrounds herself in the sense of calm issued by these animals. These creatures reinstate a presence, a tranquility, and a grander perspective. Their minimal aesthetic is metaphorical of striving for simplicity. Zilberberg’s works invite a meditative state, encouraging the viewer to stay still and find happiness in the moment.
The works are an amalgam of many photographs from around the world, put together by the artist in post-production. The digital displacement of the animals from their surroundings is representative of their displacement in real life from the wild due to human interference. The animals have a “home” within each image, which, in many cases, no longer exists in the wild. The images are a tribute, a testament to the beauty of nature, and a ground on which to reflect on the interaction between humans and the natural world.

Alice Zilberberg is an internationally acclaimed, award-winning artist, recognized by curators, collectors, and art patrons across the globe. Born in Tallinn, Estonia, and raised in Israel, she currently resides in Toronto, Canada. A graduate of Ryerson University’s Photography program, she began her artistic practice by painting: a verve which remains very much present in her digital works. The winner of numerous prestigious competitions, her accolades include 1stplace in The World Monochrome awards, ranking as one of Magenta Foundation’s best photographers in Canada, and several of the International Photography awards. In 2013, she was the youngest artist to date to participate in the Waddington’s Art Auction. Her work has been displayed in galleries across North America, Europe, and Asia; she has been interviewed and featured in publications and platforms such as MTV, Breakfast Television, PHOTO+ Magazine Korea, and PhotoEd Magazine. For over a decade, Zilberberg developed her own distinctive technique for creating her digital paintings, where photography is only the beginning of the final artwork. The works are comprised of many photographs, and carry variety of elements such as colour, toning, manipulation, and painting. She often travels across the globe to record different backgrounds and elements for her creations. Works take months to complete, with every detail meticulously inspected for perfection. With a poetic style of expression, the meanings of her images unravel through metaphor and symbolism that aim to inspire the viewer to look inward. For the past five years, her repertoire has explored themes pertaining to the human condition, namely personal identity, emotional intelligence, relationships, and emotionality.