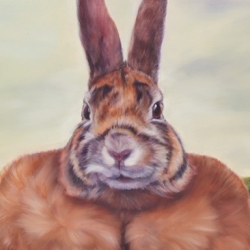 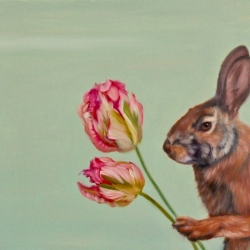 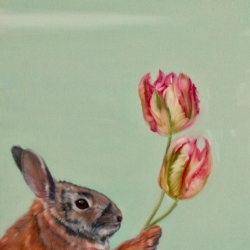 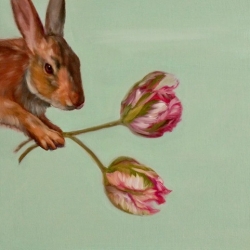 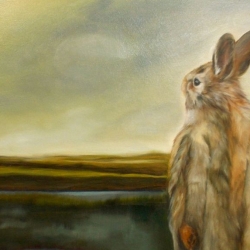 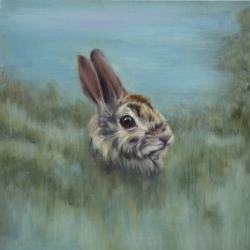 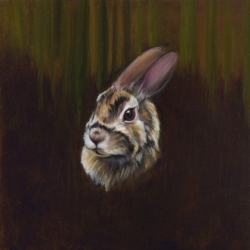 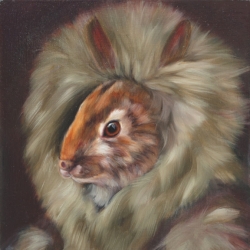 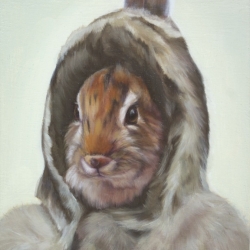 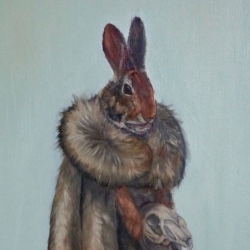 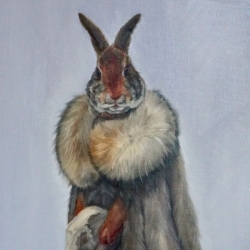 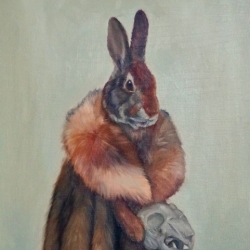 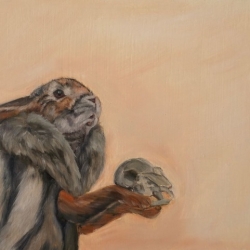 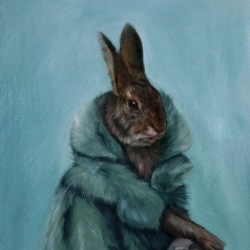 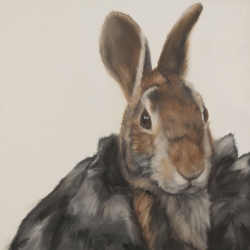 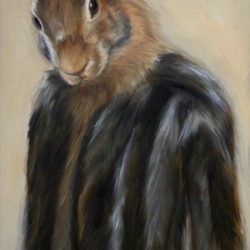 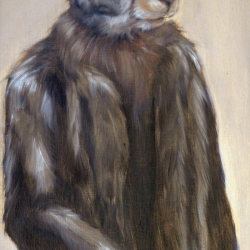 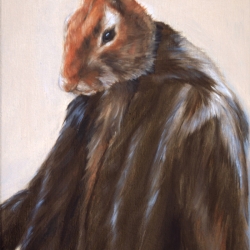 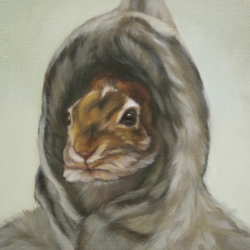 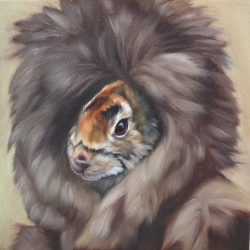 Jasmine Hum was born and raised in Ottawa. Following a successful career as a graphic designer, her creative journey continued with a return to full-time studies at OCAD University in 2005 where she received her BFA with honours in Drawing and Painting in 2010, and was the recipient of the Eric Freifeld Award for Figurative Draughtsmanship. Since graduating, Jasmine has received several prestigious awards and honours including the Emerging Artist Award from the Ontario Society of Artists in 2014, acceptance into the Latcham Gallery Annual Show in 2015 and 3rd prize in the Annual Juried Show at Station Gallery in Whitby. Jasmine was honoured to become an elected member of the Ontario Society of Artists in 2016.

Her ongoing body of work re-imagines the activities of the cotton-tailed denizens of a fictional summer camp. Influences of 17th and 19th century painting style converge with traditional Chinese themes, and connect with fairytale and folklore, high fashion, the circus, and sci-fi. Jasmine’s paintings have been shown in galleries, juried exhibitions, and private collections in Toronto and Ontario. Her studio is currently based in Toronto.