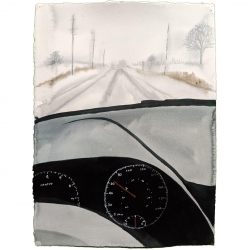 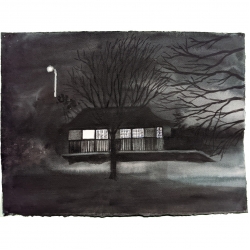 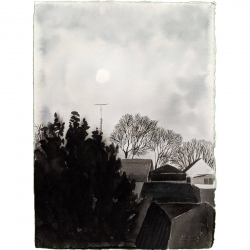 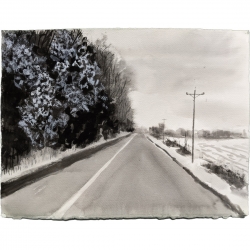 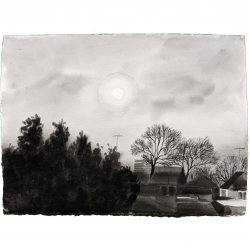 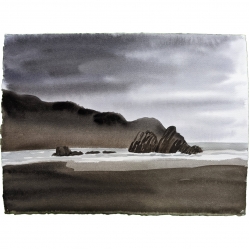 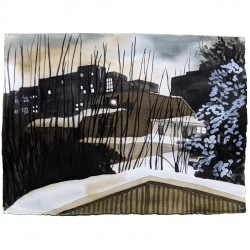 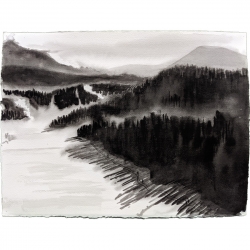 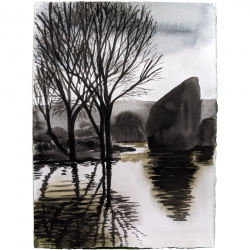 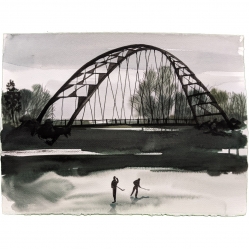 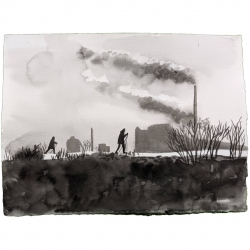 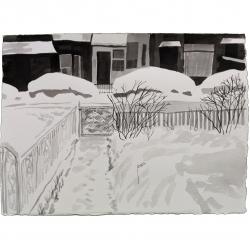 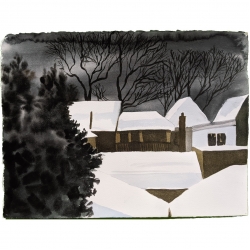 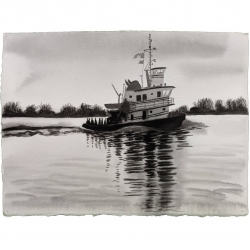 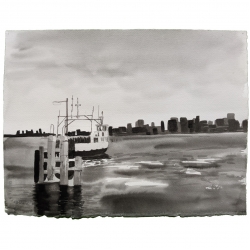 Moira Clark is a painter and former printmaker living in Toronto. From 1974 to 1990 she made art in the medium of etching. Since then she has been painting; starting to paint with oils in 2008. Her earlier paintings were influenced by geometric forms and patterns that had their origins in landscape, architecture and music but more recent works are derived from imagined organic shapes.

During the winter of 2021-22 Clark began painting a series of watercolours inspired by colour photographs using only ivory black pigment. These dark landscapes seem to signify a return to an appreciation of tones and values that was acquired earlier in her career as an etcher; and when she worked in a more representational manner.

She was a founding member of the Toronto based artist-run gallery/collective, Loop (2000-2019). Her work was chosen for the Magenta publication Carte Blanche Vol. 2: Painting (2008), showcasing 42 contemporary Canadian painters. She was an artist-in-residence at Pouch Cove, NL in 2004, and at Alchemy, Prince Edward County, 2019. In 2017, she received an Established Artist Grant from the Toronto Arts Council.

Clark has taught watercolour and acrylic painting with Avenue Road Arts School, Toronto, since 1993; and she continues to teach classes online.